How do you make a fairytale movie? If you’re Copenhagen’s Nepenthe Film you’ll spend years developing the best-selling Danish fantasy book,  The Shamer’s Daughter by Lene Kaaberbøl.  You’ll select a sensational Danish Director and Director of Photography, then you’ll add in the best professionals from Sweden, Norway, Iceland and Czech Republic.

Oh… you’ll also choose my eccentric husband, Production Designer Waldemar Kalinowski. He’s happy to helicopter around Iceland in the dead of winter or draw you an elaborate film set on a cocktail napkin.

Then you’ll team up with Prague’s Sirena films to search out exactly the kind of fantasy architecture  that’s given the Czech Republic its shooting advantage: noble castles, folk villages and verdant forests.

Start with the keys to the castle. 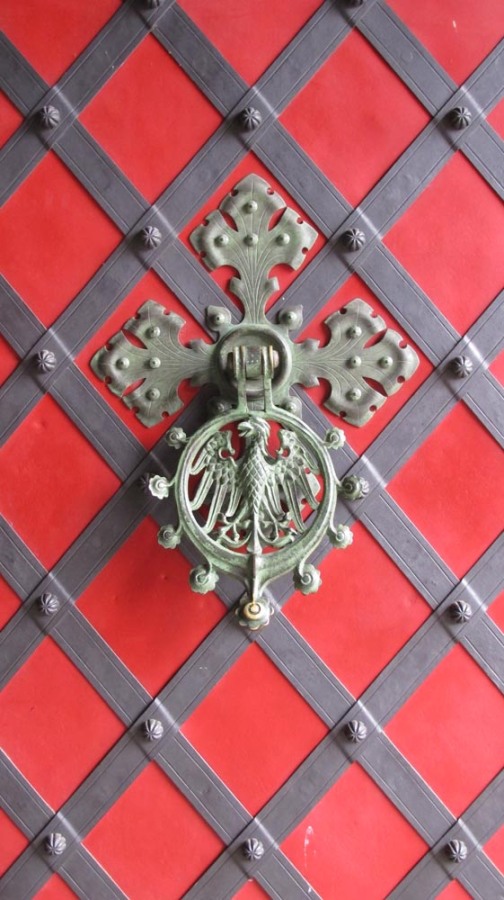 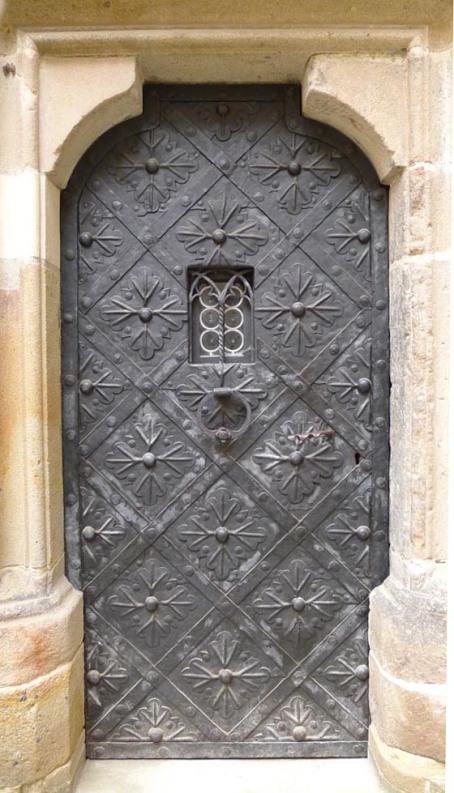 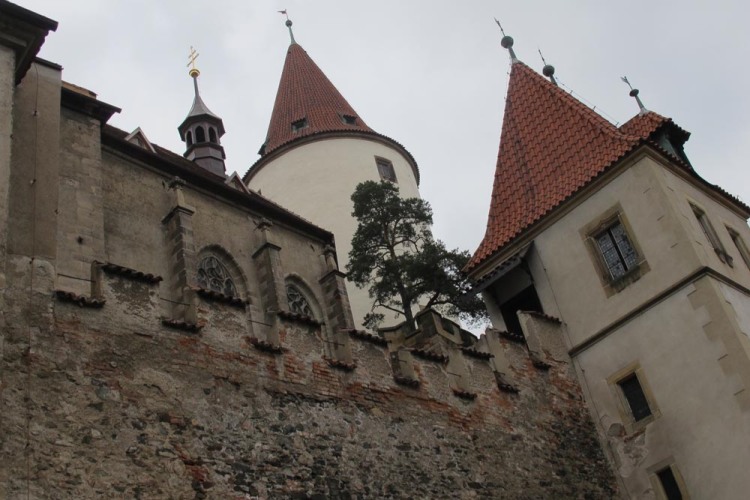 Along the way, look for the best halls for shooting. 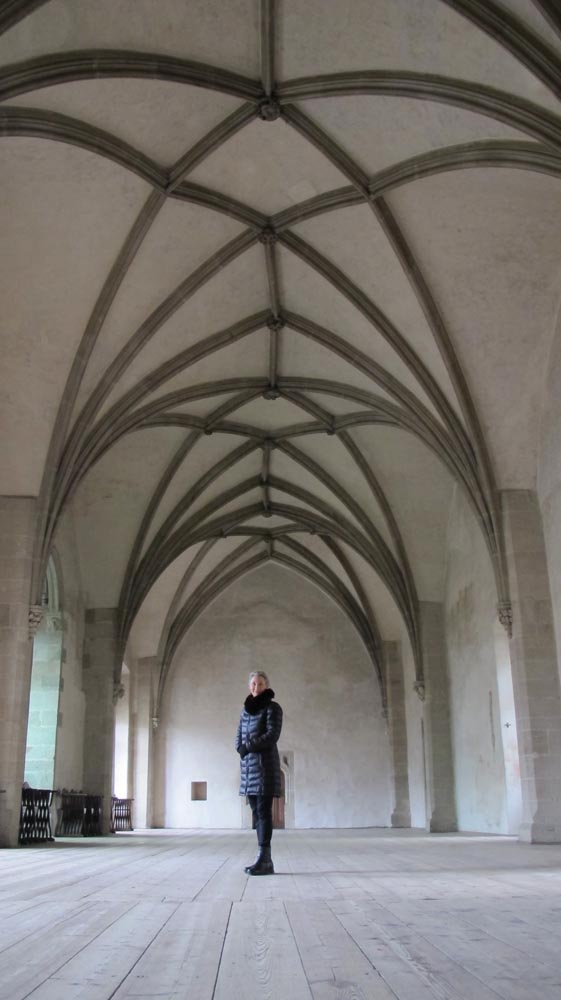 Explore the once grand lives of the aristocrats who roamed this domicile. 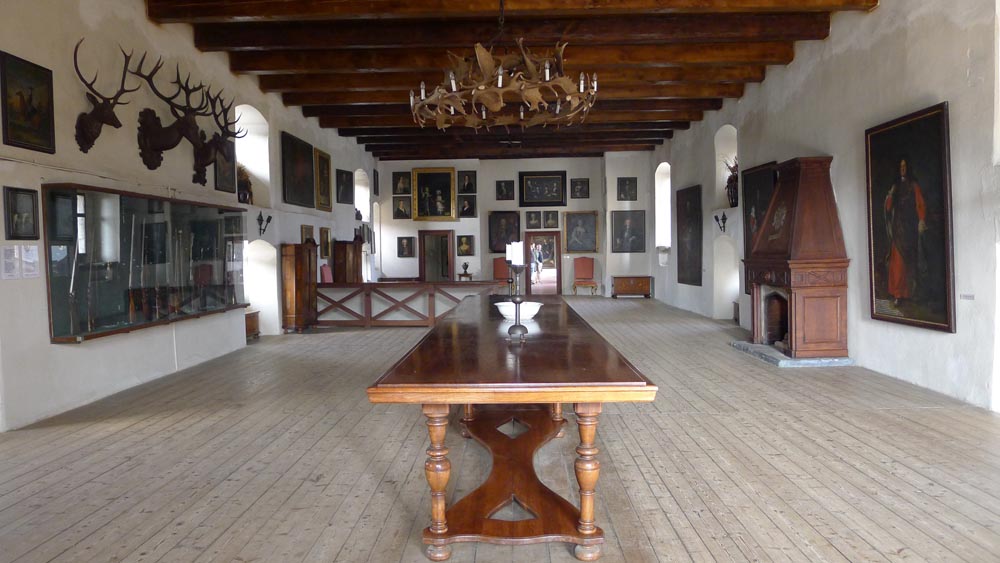 Beware the bats in the belfry!

Then let the movie magic begin! Send carpenters and painters to construct houses breathtakingly high up on the castle walls. 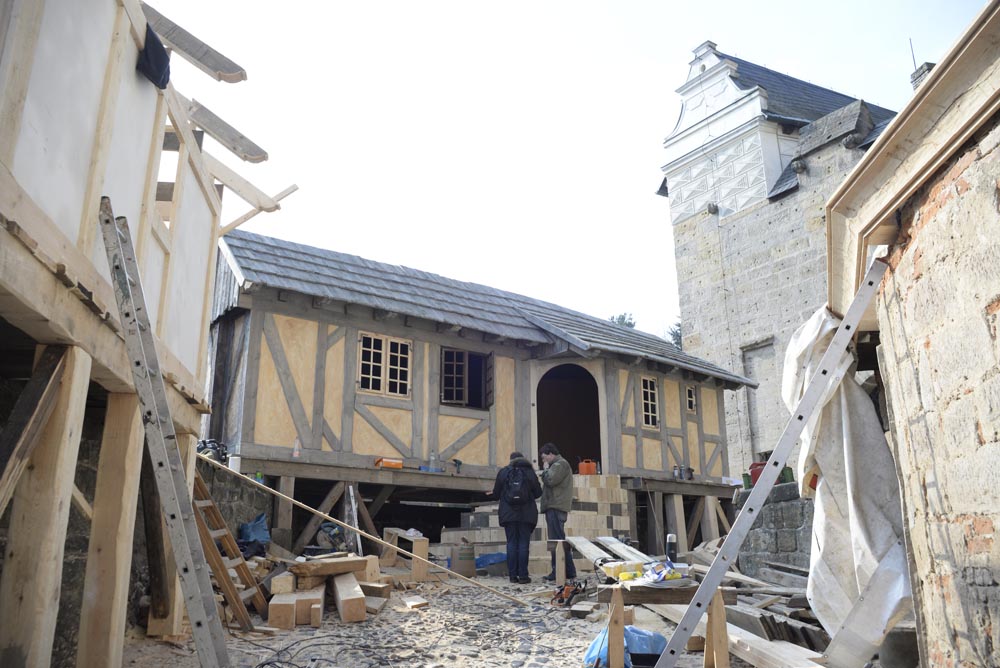 See them up there? 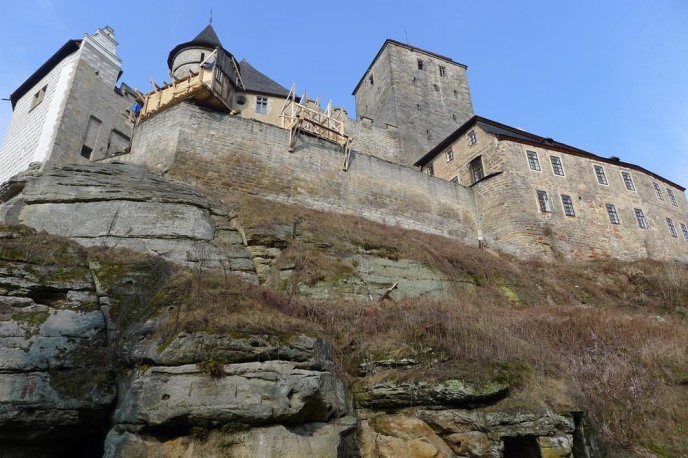 Let them explode, burst into flames and fall into the freezing North Atlantic sea off  Iceland! Don’t worry, your Computer-generated Imagery expert won’t let them drop into the real Czech valley below the castle.

Remember to make use of trained artisans.

Hope the bees show up on cue.

Make your HQ at historic Barrandov Studios, first opened in 1933.  Whether you need busts of Stalin and Lenin, or a fake stone facade for your château, the Staff Shop are the team to do it.

The Nazis took over Barrandov studios during their uninvited stay.  They built a series of underground air raid bunkers and the Soviets added anti-nuclear shelters. Today those vaults hold decades worth of naked ladies.

…then see the faces that belong to the intricate hair styles on set. 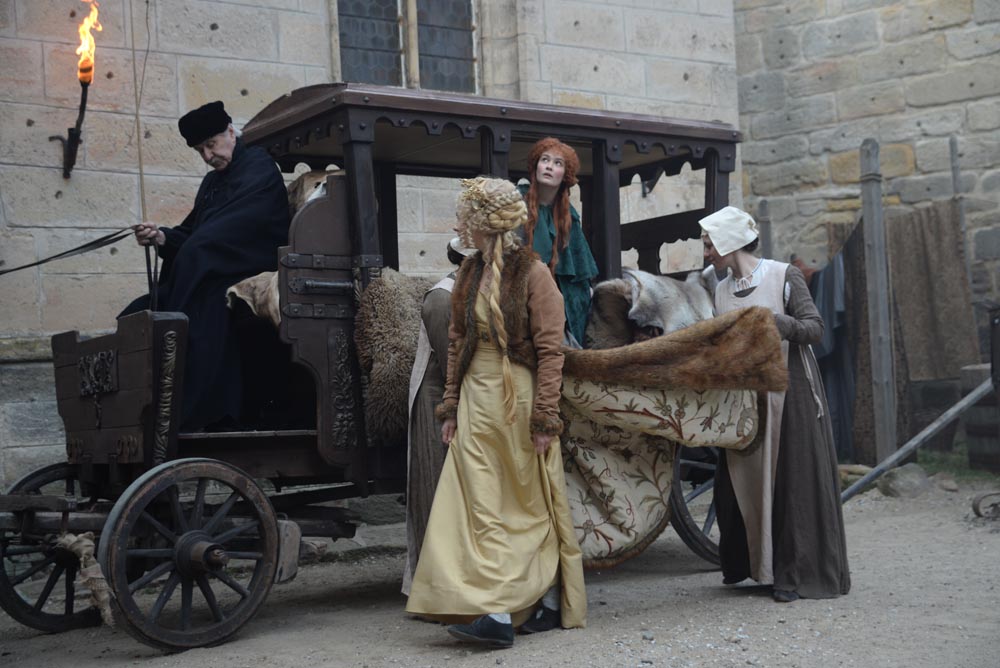 The Swedish Costume Designer reached as far east as India and as far west as Spain for textiles in a make-believe world.

Let Waldemar and his crew turn the Borgia’s Rome (not the HBO series)  into a medieval Nordic town.

Make lairs for the Dragons.

Don’t forget to feed the carpenters and painters.

Ever wondered what your studio would look like if you never threw anything away for 40 years?

If only Waldemar (right) had married Pierre (left) instead of me, he could have lived just like this. 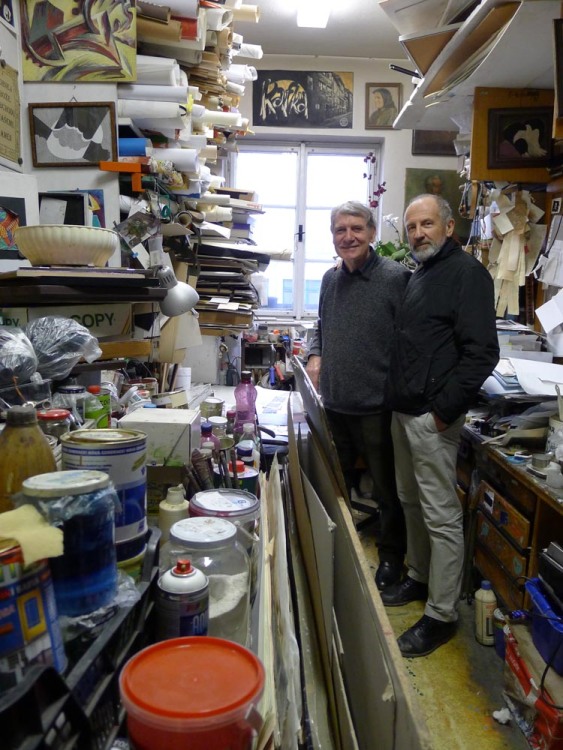 One of the best places to rest your weary bones at the end of the Martini Shot is  Wine Food Market s.r.o., http://www.winemarket.cz, Strakonická 1, 150 00 Praha 5, +420 605 163 151. You can eat in or take away the absolute highest quality Italian food products. There’s also a host of small venders in residence with excellent hand-picked produce, seafood and pastries.

There were so many exotic locations The Shamer’s Daughter couldn’t begin to use them all. Kost Castle’s round hunting lodge hosts concerts in the woods, and possibly the next fantasy film to shoot in the Czech Republic.