The Natural History Museum of Dublin is so unfashionable it isn’t included in the “Time Out” guide-book. Nevertheless, if you enjoy the eccentricity of a  Terry Gilliam movie or Tim Burton’s amusing morbidity, this well-preserved (1856) Victorian museum is for you.  It’s filled unashamedly with dead stuff, four crowded floors of it. It’s a favorite with heartless school children.

The Museum holds two million specimens (one million of them are bugs!).  The Irish collected these exotic creatures on far-flung expeditions, many of which occurred  when Ireland still held the dubious distinction of belonging to the British Empire. 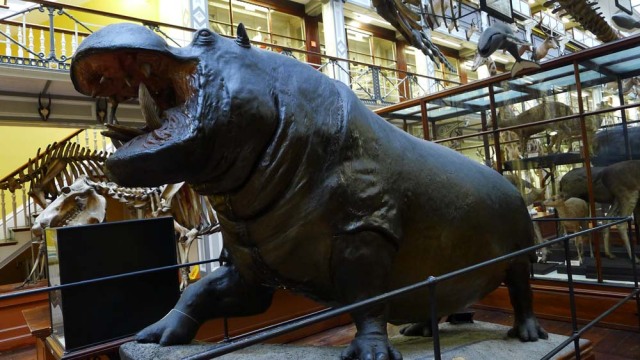 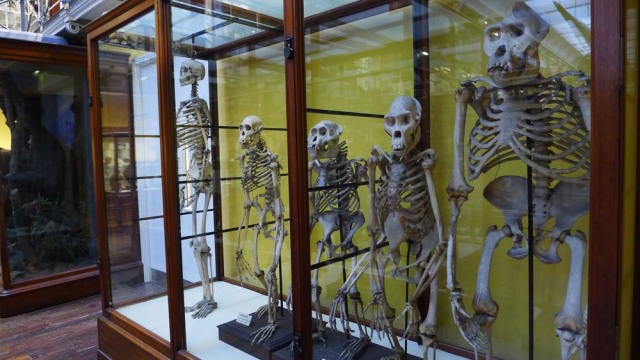 Not sure when these specimens were collected, but the one on the far left is a human.

Scientists collected everything from the smallest… 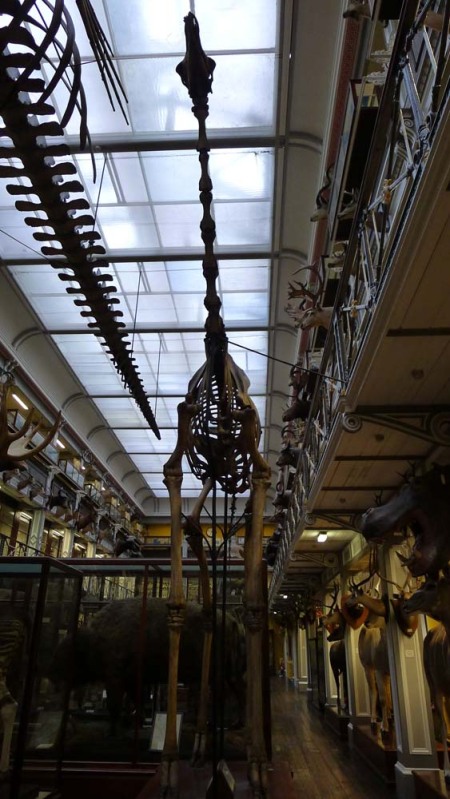 to the tallest.  that’s a giraffe.

It’s hard not to feel melancholy watching the Finn Whale from County Cork swim through space instead of an ocean. Today, only whales and dolphins who have the bad luck to be stranded off the Irish coast will end up here.

These warm and fuzzy animal vignettes can lose their charm and quickly give way to horror at the immensity of the slaughter on display  here.  Over the centuries, the taxidermy suffered  degradation from bugs, dust and fat from the original preserving chemicals. For the last decade, a Dutch company has systematically cleaned and restored the cute factor back to the bunnies, badgers, raccoons, etc. 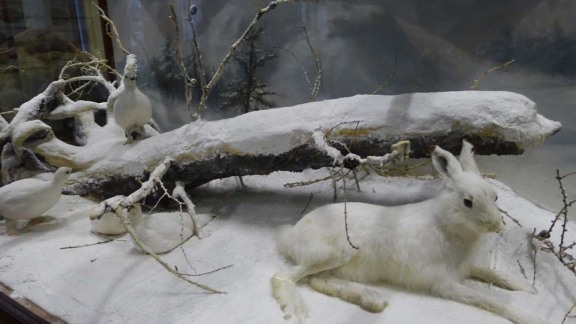 GET ME OUT OF HERE!

One thought on “THE DEAD IN DUBLIN”