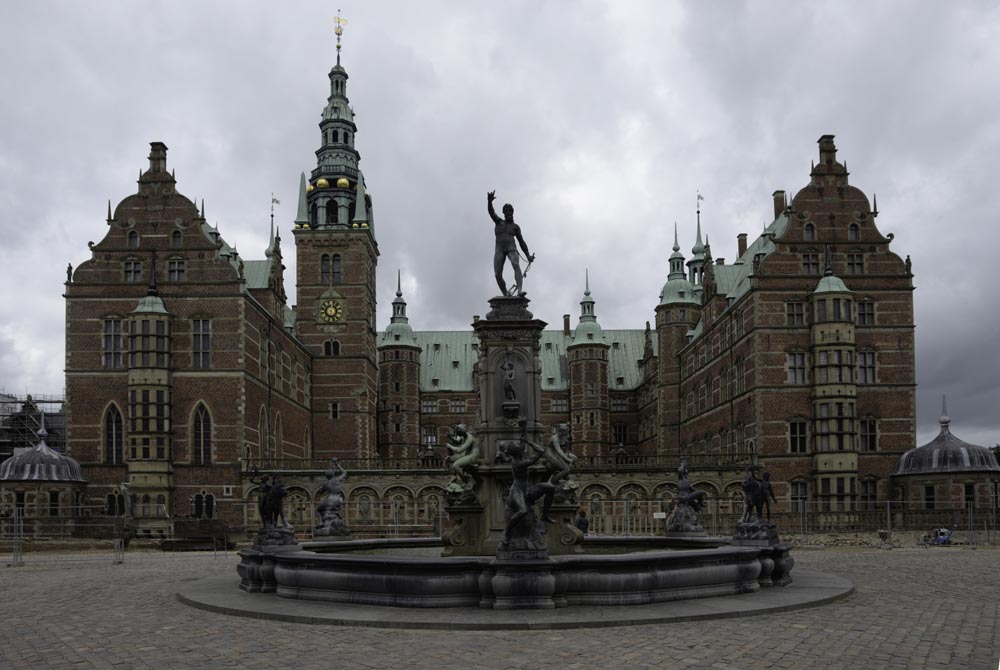 Since the word understatement wasn’t even invented until 1799, it was all right for 16th and 17th century kings of Denmark to build themselves the biggest palace in Scandinavia. The self-consciously understated  things you see Queen Elizabeth II doing today like exchanging her crown for a funny pastel colored hat or exchanging her scepter for a boxy handbag just wasn’t done in the old days.  Royals showing off was de rigueur, even mandatory if you wanted to keep your head attached to your other four quarters.

At Frederiksborg Castle in Hillerød, a short train ride from Copenhagen, Christian IV started his prodigious building career in the early 1600’s. It was a building career that included Rosenborg Palace in Copenhagen and Kronborg Castle in Helsingør (Hamlet’s Elsinore). He also started started a prodigious family that produced twenty-four children with five different women.

A considerable amount of His Majesty’s wealth was plastered onto the ceilings. If a humble subject wasn’t busy bowing his  head in subservience, his eyes were turned heavenward praying he wouldn’t be kept waiting more than three or four hours for his brief audience with the King. There was plenty of time to contemplate the invincible ornament bearing down on him. 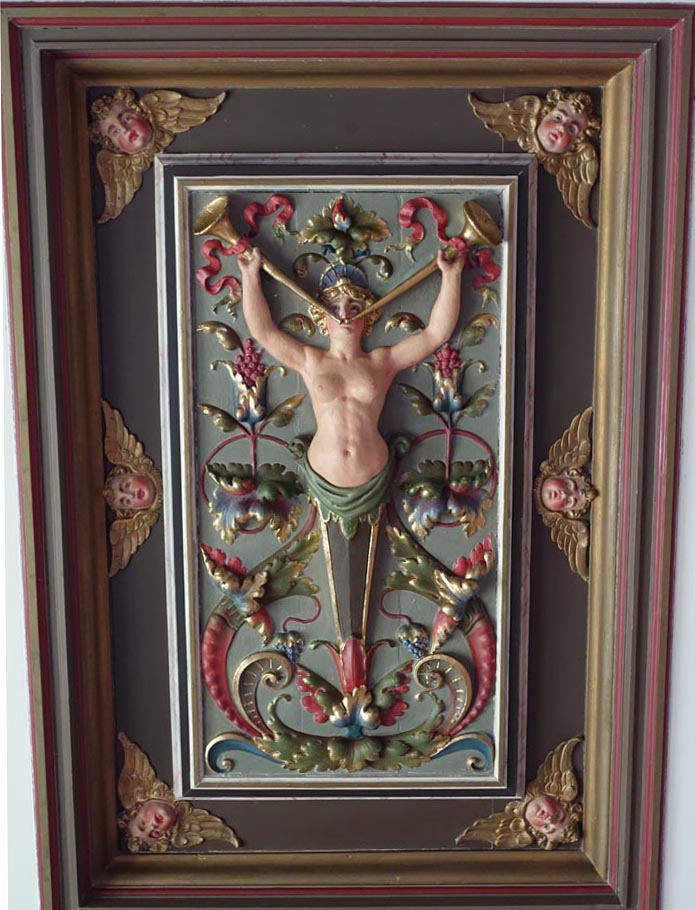 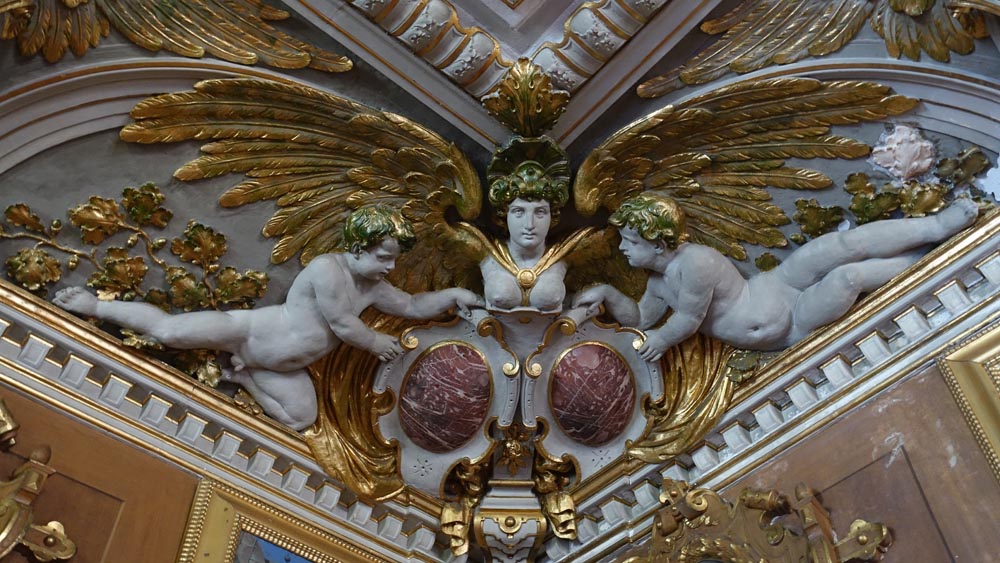 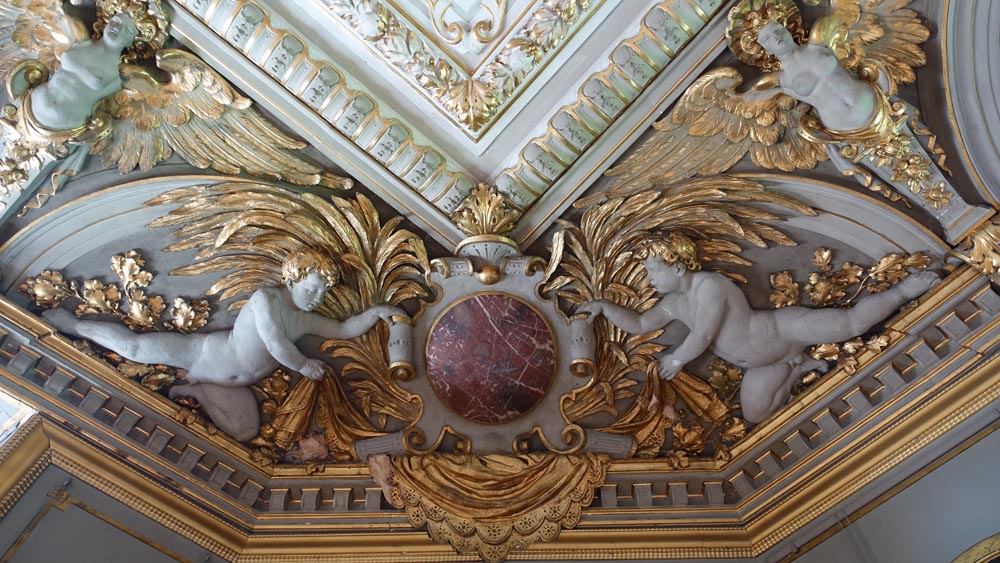 This craftsmanship may be lost but my desire to capture it is still strong. 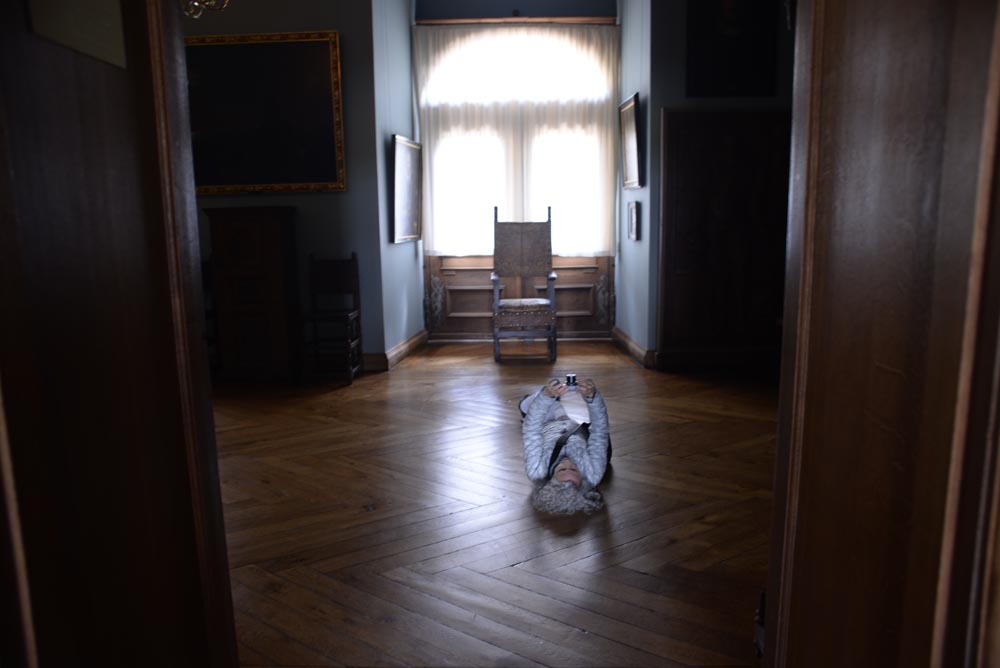 Of course there are plenty of things to see at eye level.  The Great Hall displays some of Queen Margrethe II’s fashions from the beginning of her reign in 1972.

The armillary sphere decorated with zodiac symbols represents both the  Ptoleomaic model of an earth centered universe and the Copernican model of a heliocentric system,  whichever pleases your particular state of enlightenment more.

Although a terrible fire ravaged the castle in 1859 it was meticulously reconstructed from artist and architectural drawings.

Miraculously, the fire left the Knight’s Chapel unscathed.  Since 1648 this chapel was used for ceremonial events such as investitures.  Coats of arms of all the Knights of the Realm hang here and curiously, in all the stairwells. 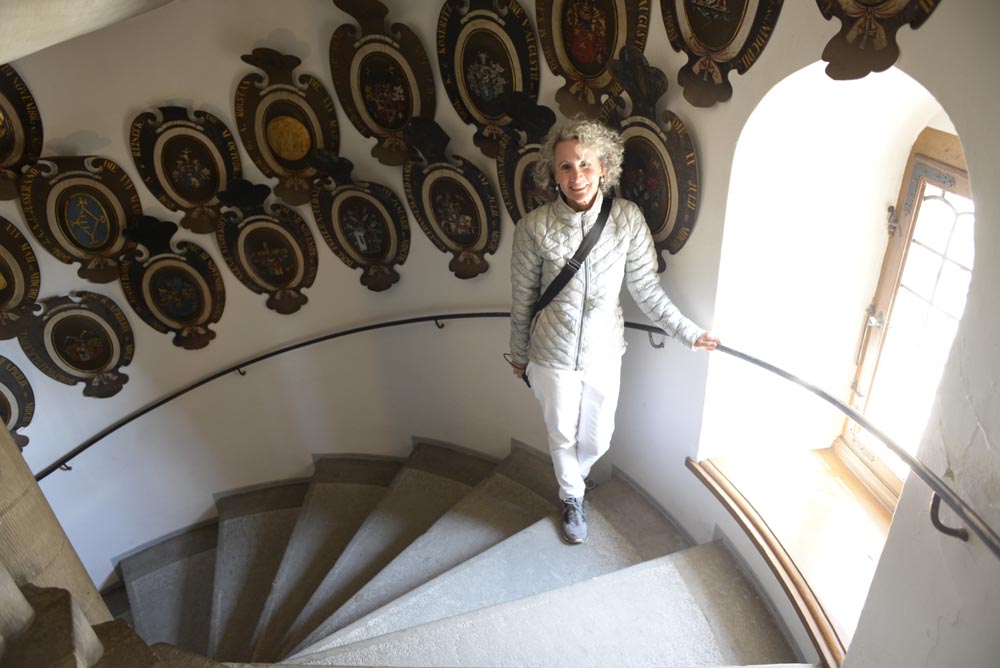 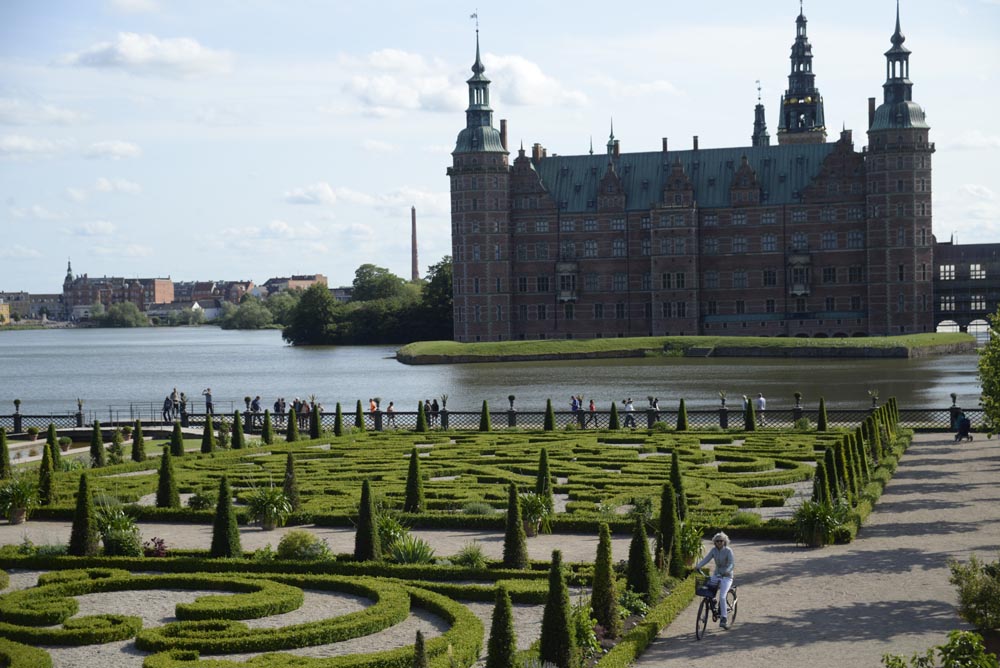 There are acres of emerald green deer park, lakes and of course, a few follies…

Thanks King Fred and King Chris!

You’re undoubtedly hungry.  There’s a bleak vending machine in the coat check and a cafe adjoining the castle but it was overbooked and the waitresses were working up a sweat. There were also a number of fair looking restaurants in the village, some overlooking the castle lake.  But we didn’t eat at any of those. We’re lucky enough to have lovely Danish friends who know exactly where to eat in Copenhagen.  Now you’ll know, too.

To keep up the royal theme we had dinner back at one of our favorite restaurants for innovative small bites in the Amalienborg neighborhood next door to the Queen’s palace. Restaurant PLUTO http://www.restaurantpluto.dk/forside/ 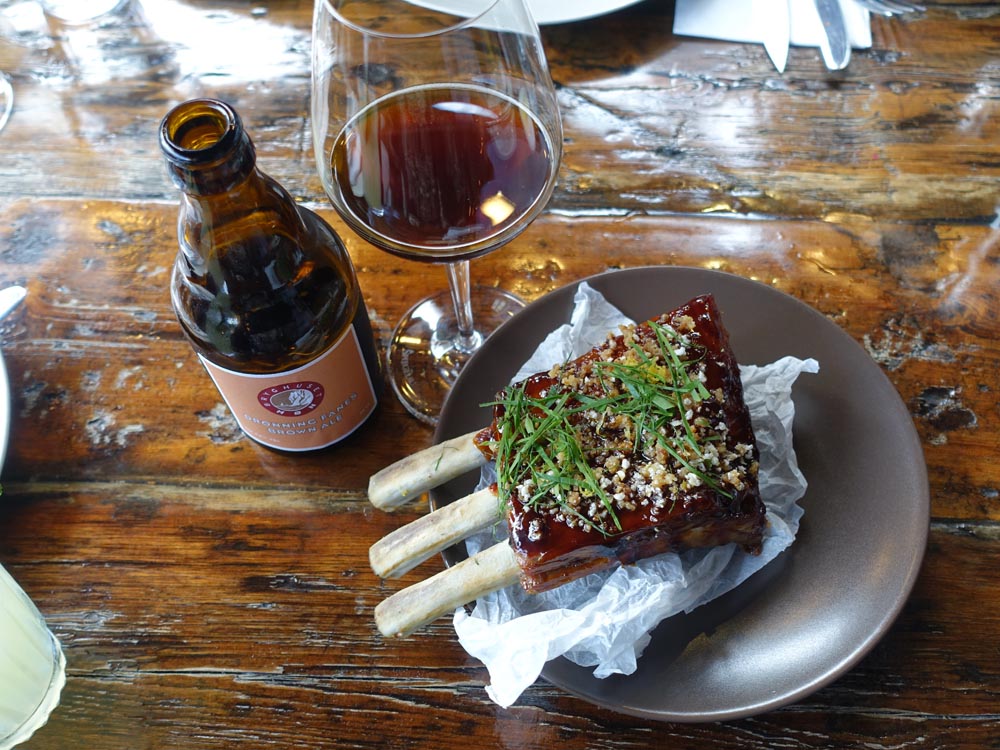 We also like Chef Bojesen’s inspired savory Danish Smørrebrød (open-faced sandwiches)  and the panoramic view from his restaurant at the top of Christiansborg Palace:  TOWER restaurant: taarnet.dk/restauranten/?lang=en. 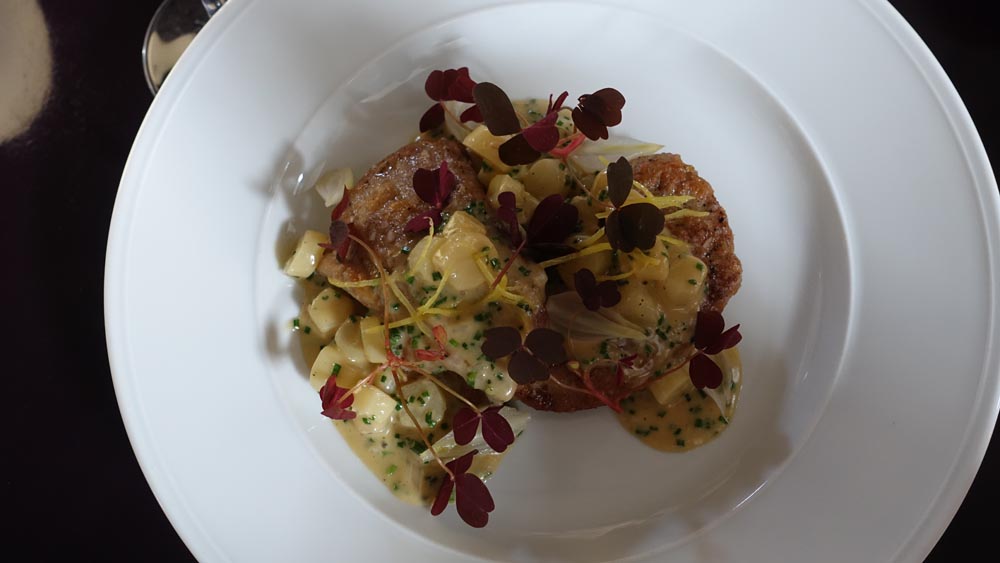 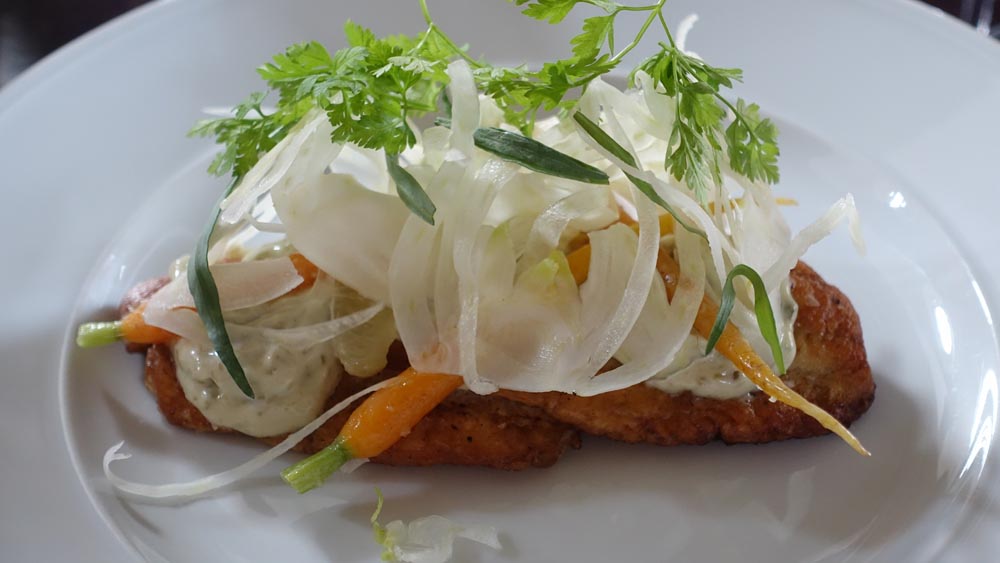 3 thoughts on “This Sceptered Isle – Frederiksborg in Denmark 2015”